From TaleWOW
Jump to navigation Jump to search
Share 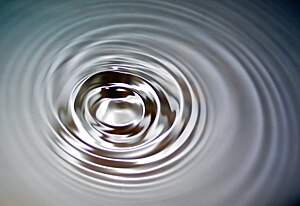 "Is it like a wave in the ocean?" asked another audience member.

And its curls bring bottom to top, and top to bottom.

So reads the last line of the Great Poem.

With each vibration, we ride the echoes and harmonies of the wave, the speaker said to the assembled crowd. It's just a matter of understanding the nature of the wave.

"What does the wave look like?" asked one member of the audience.

"Why, it looks like you or me," answered the speaker, confidently. "Or that tree over there. Or the river over there."

"Is it like a wave in the ocean?" asked another audience member.

"Yes and no," the speaker equivocated. "It would be better to say that a wave in the ocean is like it."

"And what's it made out of?" asked another person from the crowd.

"Forgive me for repeating myself," said the speaker, "but the wave isn't made of anything. Everything is made of the wave."

The crowd looked on silently.

"Listen," he continued. "This may all strike you as bizarre right now, but I assure you it's the most perfectly natural phenomenon. Just think of the string on a musical instrument. Imagine it being pulled or plucked, only without any hand doing the pulling. The string vibrates, giving off resonant harmonics."

The audience followed with bemused interest.

"Now imagine that in addition to that first big wave, and its series of smaller harmonic oscillations, you also had subharmonics resonating back upon themselves. And the whole slew build up in strange convolutions to form shapes that no longer look like waves, but instead look more like you or me. That are you or me."

Some of the listeners remained dumbfounded, while others began thinking curious thoughts.

"Now what if," said the speaker, "this isn't all some just-so story, but describes the world we inhabit? Wouldn't that be the most fantastical thing?"

The wave swings from bottom to top, and from top to bottom.

So reads the first line of the Great Poem.