Much noisier than yesterday.

The mobile phone is becoming among my least favorite inventions. People talking loudly in public, driving their cars dangerously. What a nuisance!

Guadeloupe is one of the more scenic places I've been. The Caribbean has numerous gorgeous locations.

It's fun and interesting to work on projects, for pay or for personal ends. Also, can be stressful. I guess that it's important to balance these, not go overboard, nor underboard! :)

Want to get to Trinidad & Tobago!

A new way to think of travels: After wrapping up the Caribbean, I'm thinking of doing Meso-America and Chibcha! 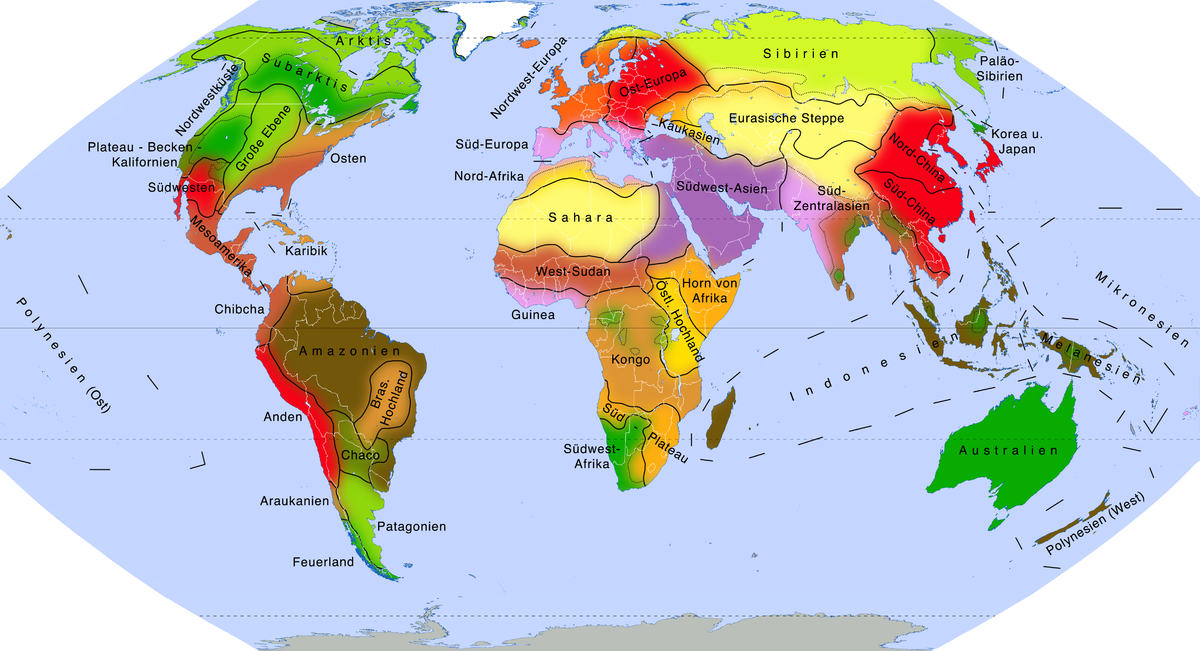 There are often compound challenges in adventures!

It can be fun to have patience! :)

The memory monster. Crawls around the things you want to remember.

Thinking of renting in May, if the places open up again!

May take all of May to wrap up my tasks here, before moving on to the rest of the island!

Taking a day off coffee/caffeine, as I often do. Often it's more than a day, weeks or months. I feel like having a slower, quieter day.

Many stores seem closed today. Not sure if it's a holiday here?

Getting ready to rock!

Another new week! Last one of the month!

Doing some work, experiencing the culture!

There are many stories in history that I hadn't known about, such as communist Cuba sending forces to fight the South African military in Angola.

Clouds bringing out some quiet!

Often feels too hot for my comfort in the Caribbean. I like warm weather, but somewhat more moderate than here, and way less humid.

How's the pandemic going? I think we already past the date when I guessed things would resume, for the second time.

Guyana and Suriname have larger map data than the islands I've been on. More there?

Yeah, Venezuela and those neighboring countries look huuuuge compared to these southeastern Caribbean islands! Hundreds of kilometers across instead of tens.

So many things that one can do. I guess it's up to each of us to decide and act on what we want to do!

Which takes balance, courage, self-knowledge, knowledge of others and the environment, and so much more!

Continuing to work through the week!

I'm seeing a few more shops and stuff open up.

I'm getting excited to go on, to the South American parts of the Caribbean. Still considerable uncertainty in my route. And, of course, plans have a way of veering wildly. At least, my plans do.

I'll probably get another bike in Venezuela. Seems like it's a big enough country for that to be a practical requirement.

I'm thinking of going to Venezuela, but will do some more research nearer to going. I want to go, and I think it's safe enough, but we'll see.

So much to see and do!

An Airbnb host I messaged said that place is unavailable. Probably most people aren't accepting guests now. Even among the Airbnbs that may be available, looks like not much of interest to me.

I think it makes sense just to keep camping until the pandemic's done.

I think I'm likely going to continue camping out for a few more weeks, then see more of the island while renting.

There are many large breasts and butts here! :)

At least it's a pleasant break from having too many problems! :)

Looks like the upcoming islands (Martinique, Dominica, Saint Lucia, Saint Vincent and the Grenadines) don't seem to have much interest for me, but are scenic, like many of the other small islands I've been to lately. At least it's pleasant!

Maybe I won't go to Dominica? Maybe I will? Small island, not much there, maybe on the way. Also, less visited than other Caribbean islands, so maybe more interesting in that way. Fewer beaches. Also, still some natives there, unlike on many other islands.

Looks like Trinidad & Tobago is different than many other Caribbean countries. More industrial, less touristy. Looks like it has tons of music, food, and other culture!

I look forward to getting to Trinidad, tons of Indians!

Looks and seems like a somewhat boring country to me, aside from the Indian culture.

There are some small insects around here that look like pieces of white cotton.

There are distractions anywherewhen. Important to do the important work anyways. Relevant for people like me who are easily distracted, annoyed.

I'm going to try getting a place. We'll see if any of the Airbnb's are available during the ongoing Coronavirus. The hotels all seem closed.

I like camping, but it's getting increasingly frustrating dealing with some work issues with limited amenities open during the pandemic.

I think I'm getting older. I just increased the font size, and I liked it! :)

At least I'm stuck in a beautiful place, which also has a fair number of amenities.

My emotions seem around 99% tied to the weather. It's sunny out, I'm positive and active. It's rainy out, I'm negative and sensitive.

Traveling, living, going through many developments. Often difficult in the process, sometimes fun. It can be rewarding to look back and see the progress one has made!

I've had some tasty coffee here in Guadeloupe.

I have a few more chores to take care of after the virus, whenever that is. I've been using the virus period to catch up on stuff, but some activities require stores to reopen.

Walked through some different areas of the town last night. I thought I'd seen much of Point-a-Pitre, but there remain some small parts that I have yet to see. Reminded me of when I first arrived. Also kindled my desire to travel again!

It seems that one is legally supposed to have some sort of permission to stay out in public.

It's been getting noisier these days. It still feels, to me anyways, like the shutdown may go on for a while longer.

There are often difficulties along the way. Surmount!

I've had some of the sweetest, tastiest cucumbers from here in Guadeloupe.

The pastries, coffee, and such are also quite tasty!

I consistently find in the Caribbean that the geography is gorgeous, the food and some of the music are great. Some of the people, in particular in the Latin countries, are extremely generous.  Other people can be quite noisy and annoying.

I've been camping out a while. The hotels are closed. Not sure that an Airbnb host would want guests during the pandemic. I'm looking forward to renting a room again!

There are some canned products here that I like, which I haven't seen elsewhere. For example, cassoulet is a common one. It's beans with sausages and sauce.

Gradually improving in spite of the setbacks!

The hot peppers here are delicious, and quite spicy. I think they're a type of habanero, or related.

Tons of long line-ups here, for the few open shops!

A bank's open, which was closed during recent weeks. Is this the beginning of the return to normalcy?

I'm getting to know the locals. I recognize many of the regulars, and some of them recognize me!

I guess that means it's about time to move on?

I'm now planning to stay until the virus is over, plus maybe two or three weeks. Then head around the island. Then next islands!

I've liked some, disliked other parts of the Caribbean. Overall, I'm quite happy to have gone.

However, I'm now getting more and more excited to get back to the mainland.

Continuing to work through the challenges here.

I think it's often important if not necessary to deal with undesirable situations. For some of us, that's more difficult than for others.

Funny how things develop, often in unforeseen ways. Human ignorance can be our strong and weak side.

If we have bans on environmental pollution like dumping industrial waste into water, and bans on light pollution in sensitive areas, how about bans on noise pollution? Limits on gas motors such as motorcycles.

There are noise limits in some cases, like municipal ordinances against blasting music at night or in certain areas. Just expand these.

I'm considering this period my rebuilding period. After a year throughout the Caribbean, I've worn through much material. Replenishing. Fixing and replacing broken gear. Catching up on work, tasks. Getting ready for the next year of travels!

A woman brought by some fried dough.

Still some annoyances in this situation. Now that I've used up my phone backup batteries, I'm trying to charge this laptop and the phone at once. The laptop itself charges slowly. Not sure if it has enough strength to charge up both itself and the phone at the same time. We'll see.

It's important to continue to adapt!

Seems like I can charge the computer and phone at once. Not so bad. Also, I now suspect that a problem I've had getting the computer to use the phone's data was in the phone, not the computer. So mabe I'll pick up another phone, presumably after the pandemic. That would at least be a sizable improvement, for a while. At any rate, I have enough to keep working, however slowly!

Seems like I can charge the computer and phone at once. Not so bad. Also, I now suspect that a problem I've had getting the computer to use the phone's data was in the phone, not the computer. So mabe I'll pick up another phone, presumably after the pandemic. That would at least be a sizable improvement, for a while. At any rate, I have enough to keep working, however slowly!

Often when things "go wrong," it's actually an opportunity to fix things up better than ever! Like Japan did after WWII.

Here is a picture of Eagle Eyes Adventure Goggles in a "Mixed Reality" view:

This is the latest VR video!

It took over a year of off-and-on work (mostly off). Also, it took place over five to seven laptops, in about as many countries. I lost track of the exact counts!